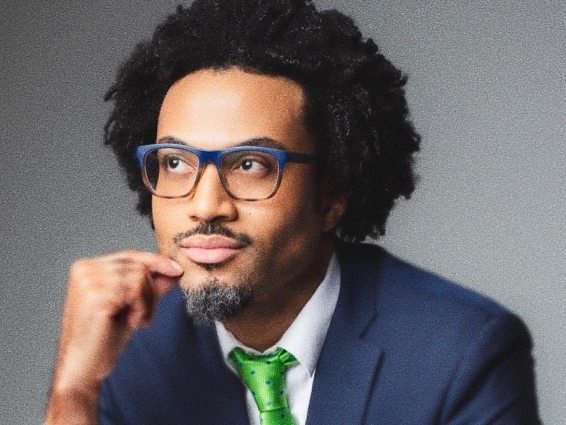 Dr. Bruce studies and teaches black expressive culture and creativity across literature, film, music, theatre, and the art and aesthetics of quotidian black life. Throughout his work, he is especially attentive to blackness and feeling: the phenomenological, affective, erotic, psychic, and sensuous experience of life across the diaspora. More broadly, his interests include popular culture studies, queer theory, disability studies, mad studies, performance theory, psychoanalysis, and theories and praxes of love. He cultivated these interests while earning his B.A. in African American Studies and English &amp; Comparative Literature from Columbia University and his Ph.D. in African American Studies and American Studies from Yale University.

Winner of the Joe Weixlmann Award from African American Review, Dr. Bruce also has work featured or forthcoming in American Quarterly, The Black Scholar, GLQ, Oxford Bibliographies in African American Studies, Social Text, and TDR: The Drama Review as well as the anthologies No Tea, No Shade: New Writings in Black Queer Studies (Duke University Press) and The Mad Studies Reader (Routledge Press). Along the way, Dr. Bruce has earned grants and fellowships from the Beinecke Library at Yale University, the Carter G. Woodson Institute at the University of Virginia, the Ford Foundation, the Fund for Lesbian and Gay Studies at Yale, the Graduate School at the University of Maryland, the Mellon Foundation, the Social Science Research Council, and the Summer Institute on Tenure and Professional Advancement at Duke University. In 2018, he delivered the Stirling Lecture in the Department of English at Vanderbilt University.

Dr. Bruce's first book, How to Go Mad without Losing Your Mind: Madness and Black Radical Creativity, is forthcoming from Duke University Press. How to Go Mad is a study of black artists who mobilize madness in innovative literature and performance‚îand more broadly, in radical art-making, self-making, and world-making. His second project, The Afromantic, will generate a cultural history, critical theory, and existential expression of black joy and love amid antiblackness.