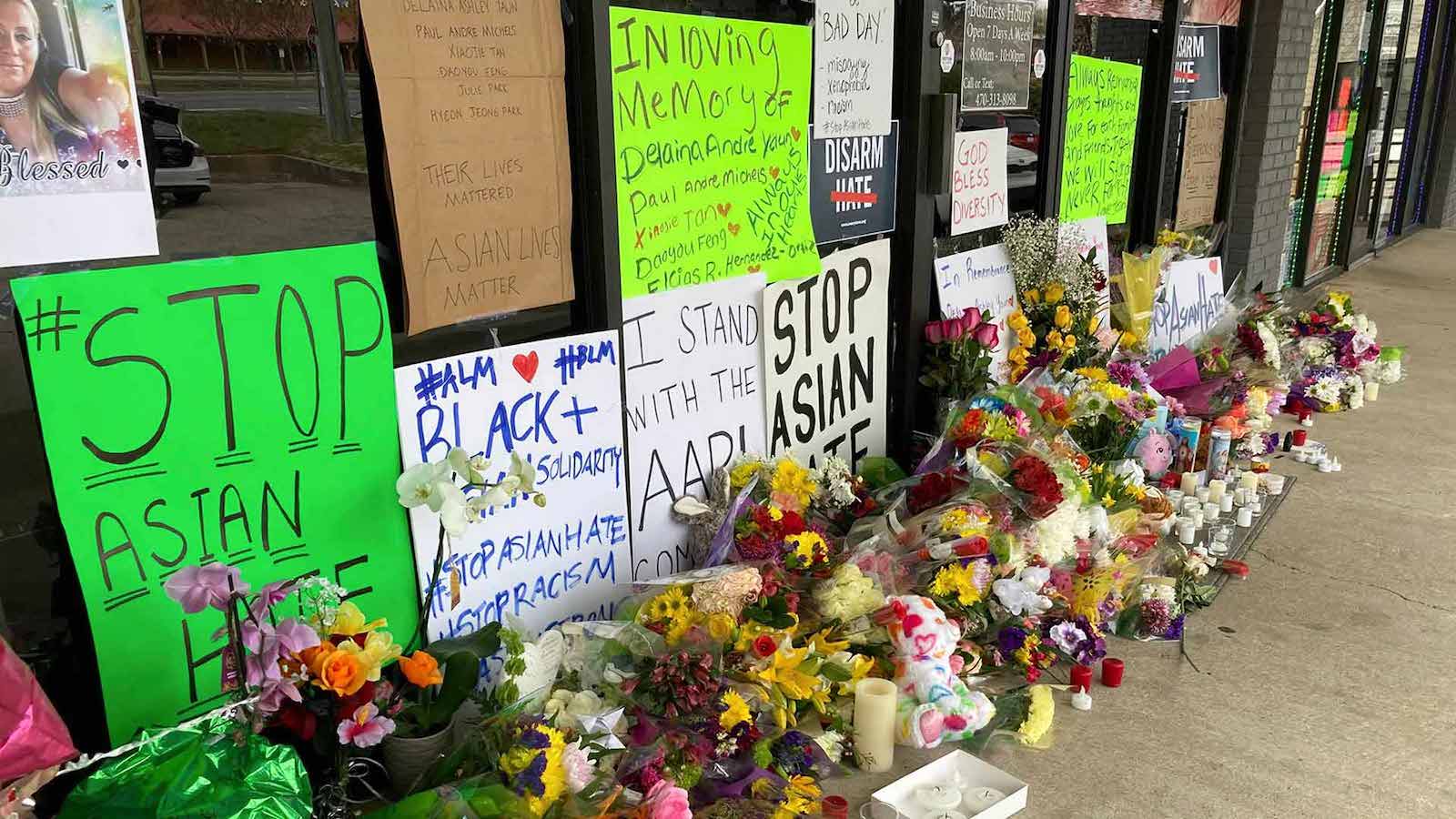 Professor explains history of anti-Asian bias, impact of political and economic instability, and importance of reaching across racial lines.

A disturbing trend of increased discrimination and violence against Asians and Asian Americans hit a terrifying new level in the United States last week with the shooting deaths of eight people, including six Asian women, at three Georgia spas.

A University of Maryland study last year that surveyed more than 500 Chinese Americans nationwide found nearly half had been targeted by racist vitriol blaming them for the coronavirus pandemic. A separate investigation found anti-Asian hate crimes reported to police spiked 150% from 2019 to 2020 in the 16 of the largest U.S. cities even as overall hate crime reports fell 7%.

Janelle Wong, professor of American studies and government and politics, and a faculty member in the Asian American Studies Program at UMD, spoke to Maryland Today after the mass shooting about the anxiety building in the Asian American community for the past year, how racial history is replaying and ways that the UMD community can help prevent future tragedies.

How were Asian and Asian American communities feeling before Tuesday’s events?
There’s definitely been an intensified feeling of anxiety as the pandemic has rolled on—survey results from AAPI Data, where I am a senior researcher, show substantial numbers of Asian Americans worrying about experiencing hate crimes, harassment and discrimination because of COVID-19. It was triggered to some extent by some U.S. leaders and elected officials calling the pandemic the “China virus” and the “kung flu” and people in our communities knowing there is a much longer history of Asian Americans being blamed for the introduction of disease to the United States. As part of the political justification for the 1882 Chinese Exclusion Act and subsequent acts that severely restricted immigration from Asia, they were painted as vessels of diseases like smallpox and bubonic plague. There is this stereotype of Asian Americans as fundamentally foreign, that they have dual loyalties and that they bring unfamiliar foods and culture and possibly disease.

How do you put the shootings into context with the overall rise of anti-Asian discrimination?
The roots of the anxiety over belonging and fears of Asian American otherness we see today go back much further in history, really to the moment Asian Americans arrived on U.S. shores. We saw it not only in the 1880s, when Chinese immigrants were driven out of small towns across the Western U.S. by vigilante gangs and when Congress had to find reasons to justify restrictions on immigration and naturalization based on race, but again in World War II with the internment of Japanese Americans. In the 1970s, when Vietnamese refugees were attacked and vilified as a foreign threat even though they were here as the result of U.S. war-making. We saw it again after 9/11 with attacks on Sikhs and South Asian Americans who were assumed to be terrorists. These same ideas about Asian invaders, what scholars refer to as the “Yellow Peril” trope, are easily and consistently called up and activated in times of national insecurity, economic instability or the uncertainty and fear of a global pandemic.

There are unanswered questions about whether the alleged shooter was motivated by racial animus or sexual frustrations. Meanwhile, some alleged assailants of Asian Americans over the past year are also people of color. Are we looking at multiple motivations, or does something tie all this together?
What happened in Atlanta was both racialized and gendered violence. It affected some of the most vulnerable people in our communities: They were economically vulnerable, working outside of their homes, during the pandemic, in close quarters. It’s important for a full understanding to see the intersection of their race and their gender and their economic status. In addition, the shooter’s religious views seem like a critical part of the story.

I don’t think that every attack on Asian Americans is necessarily racially motivated. I think some of the incidents we are seeing are street crimes that might be a function of economic conditions and a concentration of stressors that are related to the pandemic. We are also seeing that racial discrimination presents itself in different forms. There is attention to violence and bias directed toward Asian Americans at this moment, for good reason. But Asian Americans are certainly not alone in experiencing violence based on race. Asian Americans are among the least likely to face police brutality while Black Americans are among the most. And racism is not only experienced through physical violence.  The form that racial discrimination takes varies across groups.

There is a high possibility that the shooter was focused on those establishments due to both racialized and sexualized fantasies that are applied to Asian American women via media images and other kinds of popular culture. We can’t really look at this incident simply in terms of Asian Americans’ racial position in society. Instead, it presents an opportunity to examine the ways that the experience of racism depends on gender and economic status. Equally critical is to take this moment as an opportunity to better see how discrimination travels both through and across communities of color. We see anti-Asian bias in communities of color, and we see anti-Black attitudes in Asian American communities. One key to decreasing that discrimination is to focus on the historical and systematic drivers of discrimination: racial segregation in neighborhoods, schools and the workplace. We must confront with policy changes the systems that have contributed to a society for which one prominent feature is racial caste. That means supporting proactive ways to dismantle racial inequality, including affirmative action, redistricting to create less segregated schools, fundamental reconsideration of policing systems, and redirecting economic resources and wealth.

How does the “model minority” stereotype of Asian Americans as wealthy, educated high achievers complicate the discussions of racial discrimination?
On the one hand, Asian Americans are not always included in discussions of racial discrimination, even though they face racism as non-whites in the U.S. On the other, Asian Americans do possess some important group advantages that are related to race. For example, that Asian Americans exhibit, on average—although not across every Asian national-origin group—the highest levels of income and education in the U.S. This is in part due to immigration laws that recruit highly educated immigrants to the U.S. from Asia (less than 10% of Chinese have a college degree, but more than 50% of Chinese American immigrants do!). Asian Americans face bias in terms of being seen as foreign and perhaps lacking aggressive leadership qualities, but we are also the only non-white group that is assumed via implicit bias to be super competent and smart. The latter, when held by teachers, can actually improve academic performance among Asian American students. This is a complex moment, and it highlights the complicated position of Asian Americans in the larger racial landscape. To spin things out a bit further, the idea that Asian Americans are uber-smart and hardworking, what you refer to as the model minority stereotype, also serves to cover over the economic and mental health struggles of many in our community and reinforces the idea that Asian Americans don’t face any challenges related to race. The tragedy of the shootings in Atlanta are a sad reminder of that false claim.

What can people in the UMD community do to help?
This is really a moment where we can reflect on the potential for solidarity across different groups. The kind of racial profiling and racial targeting that Asians are experiencing is different from but still related to, the profiling and stigmatization that other racial groups face. The pain we as Asian Americans feel is pain that is felt by so many groups, including Indigenous, Black, Latinx and LGBT people, and members of religious minorities. In these horrific moments we can see one another and recognize that these shared experiences are something we need to confront together.

What the University of Maryland has is the potential to develop a deeper understanding among all students of race and racism in the United States. We have a robust set of courses to help students understand how we got here, where these stereotypes come from and why attending to race, gender, sexuality and other kinds of potential axes of marginalization is critical.

This interview is featured in Maryland Today.