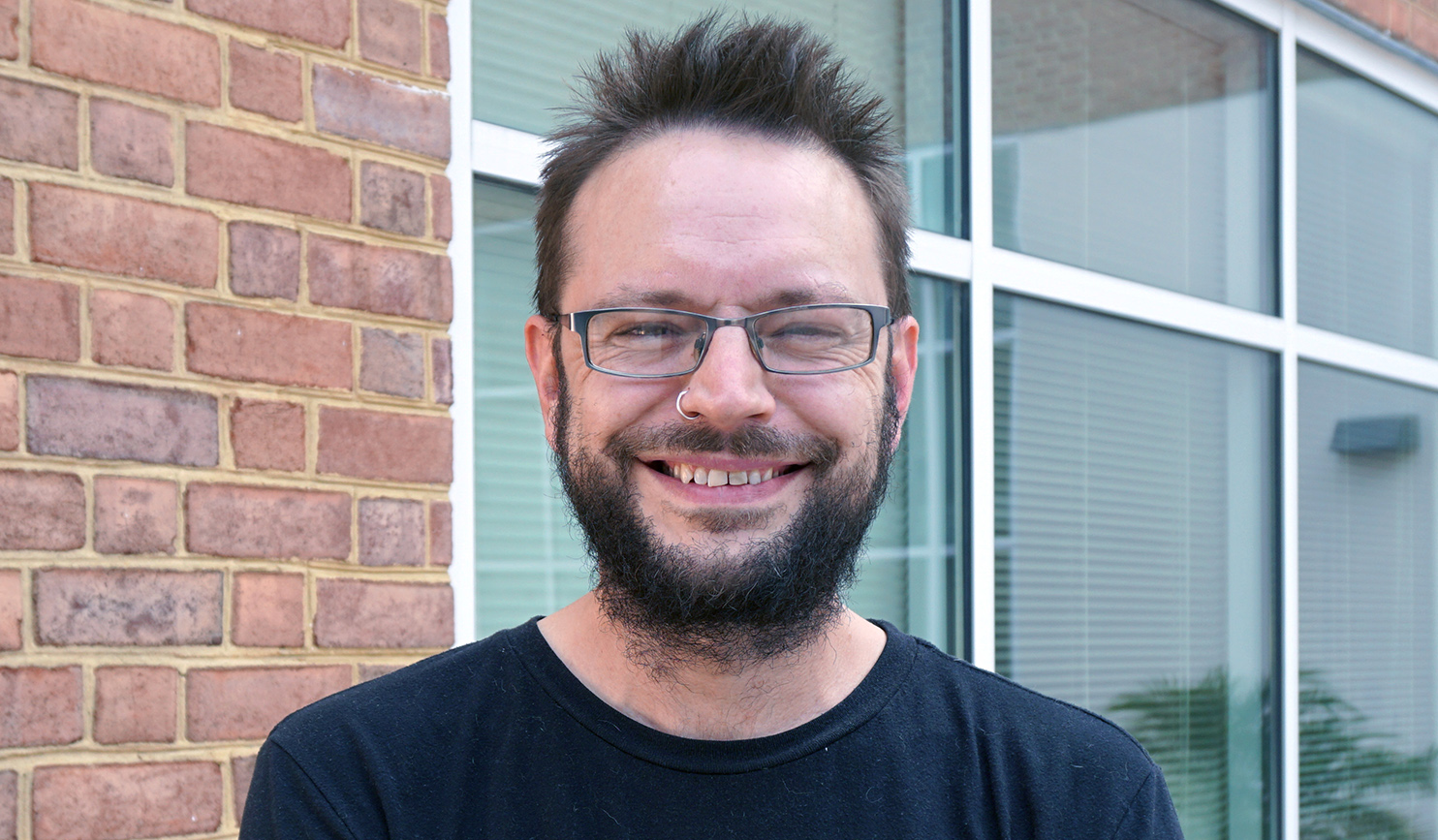 Robert K Chester grew up in England, where he developed a fascination with the films and popular culture of the United States. He moved to the US in 2001 and, after completing an MA in American Studies at the University of Wyoming, came to Maryland in 2003. He has been at UMD ‚ first as a graduate student, then as a member of the faculty ‚ for thirteen years, and his love and enthusiasm for teaching is very much intact. Dr. Chester‚s courses and research interests focus on the ways in which popular culture shape narratives of US history, on which of those narratives becomes privileged, and on the place of marginalized groups within those narratives. He has an abiding interest in World War II and popular remembrance of it, and his publications thus far attend to war memories and their deployment to various ideological ends in the postwar period. He lives in Elkridge and likes to spend his spare time swimming, walking, and following football (soccer).

“The Black Military Image in Roots: The Next Generations,” in Erica L. Ball and Kellie Carter, eds. Reconsidering Roots: Race, Politics, and Memory.

This chapter, part of a collection on the 1970s television series Roots, analyzes the representation of African American service in World War I and World War II in the sequel series, Roots: The Next Generations.

This article explores Roots: The Next Generations' treatment of twentieth-century issues of assimilation, exclusion, and disaffection through the theme of black Americans serving in the U.S. military. It contends that the show creates a landmark departure from prevailing (and succeeding) narrative conventions of U.S. films and television series, in which black service was either overlooked or written into a simplistic, celebratory narrative of progress toward equality. Rather than emphasizing seamless multiracial unity or presenting war as a cure for prejudice and division (what we might call racial triumphalism), RTNG taps into African Americans' post-civil rights, post-Vietnam War reconsideration of integrationism and military service as viable responses to exclusion. The experiences of Simon Haley (author Alex Haley's father) in World War I and Alex Haley himself in World War II situate black service and the challenges confronting black veterans not in a teleology of uplift and equalization, but as part of ongoing and shifting patterns of bigotry and betrayal. This constitutes a significant expression of a dissenting vision of war and its repercussions for U.S. racial formations, all the more so for its appearance on ABC, a major network reaching millions of the nation's homes.

As part of a collection considering the role of violence in American popular culture, this chapter uses literature, poetry, film, and television to survey some of the multiple meanings attached to World War II in postwar US culture.

This chapter outlines the changing meanings given to World War II in US popular culture across the postwar period. The first section, “Early Postwar” (1945-1948), covers anxieties arising at war’s end over returning soldiers, potential fascist violence at home, racial inequality, and the dawning of the atomic age; the second, “Cold War” (1948-1962), explores shifting postwar international alliances, analyzes the role of World War II popular culture in supporting the US’s Cold War agenda, and further examines postwar paranoia concerning atomic weaponry; the third, “The Vietnam Era” (1962-1978), considers popular images of World War II as they were filtered through the lens of an unpopular war in Indochina, exploring the decline of militarism in US culture and the ways in which Americans drew on memory of World War II to critique the nation’s postwar global role; the fourth, “Post-Vietnam” (1978-2001) briefly recounts the resuscitation of World War II triumphalism in the Reagan revival of the 1980s and charts the development in the 1990s of patriotic mythologies of “the greatest generation”; finally, “Post-9/11” (2001-) documents how representations of World War II after the September 2001 attacks helped both rejuvenate and challenge American militarism during the 2003 invasion of Iraq and beyond.

Crusading in Africa: Religion, Race, and Post-9/11 Intervention in Antoine Fuqua’s Tears of the Sun (2003).

Article analyzes African American director Antoine Fuqua’s Tears of the Sun, a 2003 war film made with US Navy cooperation. The film imagines the intervention of Navy SEALs in an ethnic cleansing being conducted against Christians by Nigerian Muslims. It is at once an exercise in black diasporic consciousness and an expression of American exceptionalism. The director aimed to raise awareness of contemporary African crises, but the picture is also the closest Hollywood combat cinema came in the immediate post-9/11 years to addressing and endorsing the polarizing discourse and militarism of the Bush administration. Its use of reductive religious imagery, weak box office return, and generally hostile reception overseas expose its failure as a tool of diplomacy and reveal the waning ability of triumphalist Hollywood cinema to define or explain the ‘War on Terror’.

'We Feel the Wound Is Closed': Red Ball Express (1952), the Department of Defense Pictorial Division, and the Reluctant Embrace of Postwar Integration

Drawing from the archives of the Department of Defense Pictorial Division, this article reveals how the postwar DOD attempted to ameliorate the image of wartime racism in postwar films set in World War II. Despite affording relative prominence to black GIs, the production history and textual politics of Universal Studios' 1952 film Red Ball Express expose the DoD’s and Hollywood’s contingent embrace of integration. The state endeavored to remove almost all instances of racism from the story of an integrated group of supply drivers, presenting the “problem” of race as superficial, easily transcended, and as much the product of black paranoia as white bigotry.

This article examines popular and "official" military remembrance (and forgetting) of African American sailor and Pearl Harbor hero Doris Miller from wartime to the 21st century.

Chester's article traces the postwar connotations attached to remembering (and forgetting) black sailor and Pearl Harbor hero Doris Miller both in African American culture and in US navy-sponsored commemorations from 1941 to 2013. Drawing on governmental and military archives, the records of the NAACP, and a selection of poems, songs, films, news reportage, and television series, the piece argues that while Miller's post-Pearl Harbor narrative began as a marker of racial inequality and black disaffection with such, the navy and other scribes of official memory eventually created around Miller a modality of remembrance identifying the armed forces with ideological color blindness and attributing to World War II and nonwhite service therein the death of racism in military culture.